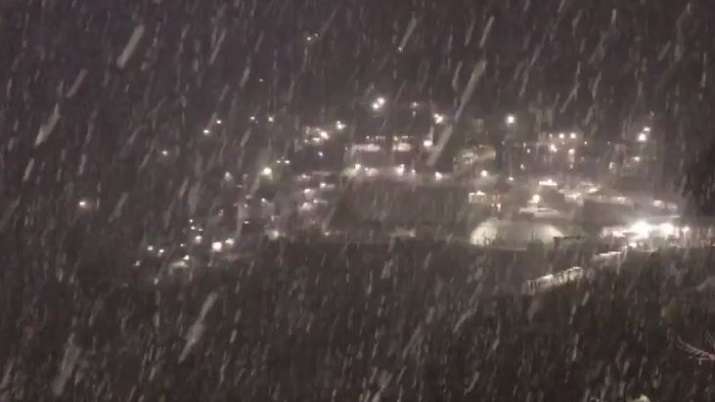 The cave shrine of Mata Vaishno Devi in Jammu and Kashmir's Katra on Sunday received the season's first snowfall, much to the cheer of tourists thronging the region. The shrine atop the Trikuta hills had reopened on August 16 after a gap of nearly five months due to the outbreak of COVID-19. 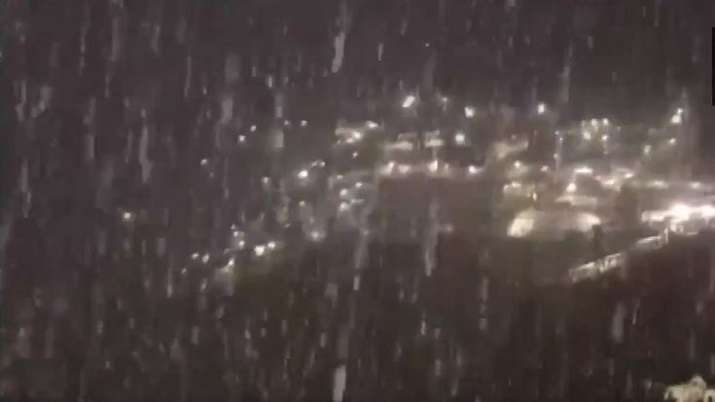 The Jammu and Kashmir administration had allowed 15,000 pilgrims per day to pay obeisance at the cave shrine of Mata Vaishnodevi from November. Earlier, only 7,000 pilgrims were allowed to visit the shrine due to COVID-19 restrictions. All supplementary facilities set up by the board such as battery-operated vehicles, passenger ropeway and helicopter services were being operated by strictly following social distancing norms and other precautionary measures.  Free community kitchen facilities at Tarakote Marg and the Prasad Kendra at Sanjichhat, besides bhojanalayas along the track and in the bhawan, were also operationalised for the pilgrims.